Michael Vito Pascucci was born July 27, 1951 in Wichita, Kansas.    For most of his life he has lived in the Northeast of the United States and presently works and resides in the Princeton, New Jersey area.   He has participated in many local and national juried art shows and has had several solo exhibitions of his work.  He has also won several awards for his original sculptures.   He was trained in the technique of lost wax casting which dates back thousands of years to ancient Egypt, Greece and Rome.

His experiences include teaching, managing a bronze art production facility and organizing art shows.  In additional, he has worked as a freelance sculptor and has created sculptures for the Franklin Mint and Lenox among others.    He was commissioned to create authorized portraits/figurines of such iconic performers as Elvis Presley, former Beatle, Ringo Starr, and the rock band Kiss.

Mr. Pascucci was the Director of BG Frame Art, a wholesale art gallery where he designed and supervised a team of artisans that created the unique look of custom frames that extended the image of individual artwork into the frame.

Mr. Pascucci received his Bachelor of Science and Bachelor of Fine Arts degrees under John Cook at Penn State University and worked for two years in the apprenticeship program at the Johnson Atelier, Princeton, New Jersey.  He also earned his Master of Fine Arts in sculpture/foundry with Tom Walsh at Southern Illinois University at Carbondale.

His work depicts a figurative and abstract style that emphasizes creating visual metaphors that relate to the human condition.  He believes that his sculptures are essentially romantic because they metaphorically connect to core feelings and thus enhance an awareness of self. 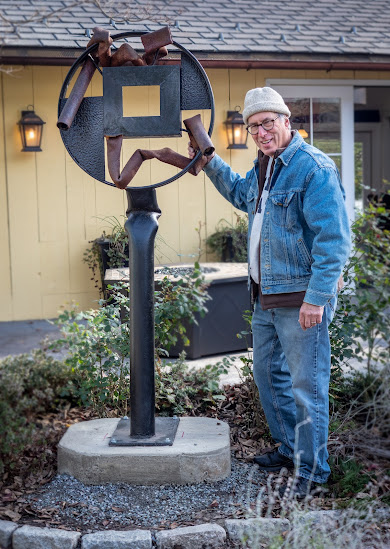 Sculptures in Metal and Wood